Images from "Storytellers" at Manna Gallery

Friday's opening was a lot of fun. There was over a thousand people who showed up and my work was overwhelmingly appreciated and liked. It was such a great feeling to hear how many people really like my work, especially since this was the first show for this new series. If you missed the first Friday opening, fear not. I will be there for the first Friday reception in May since the show runs through May 11th. Below you will find images of the show before the massive crowds showed up. Ben, my husband, also put a very short video together on his phone while he was at the opening. Poor guy had to hang out with me at the gallery on his birthday.

Here's a little review of the show:
Daily Californian article by AJ Kiyoizumi

“Storytellers”
If you enjoy people-watching, you will enjoy Jhina Alvarado-Morse’s vintage film-still protagonists in her newest series, “Storytellers,” opening at Manna Gallery on Friday. Our habit of contemplating a person’s life based on a glance causes us to imagine pasts and futures for Alvarado-Morse’s familiar-seeming subjects — and you don’t have to worry about feeling creepy staring at canvases rather than people.

Each subject, paired with minimal surroundings, seems to envisage their futures or desires as realities, causing the viewer to dream for them as well. In “Soaring High,” an aviator rests below a soaring bird. A similarly titled piece, “Flying High,”depicts a handsome man mid-dive with nothing below him save for a shiny thin strip of graphite at the bottom of the canvas. The mid-century styled characters draw faint similarities to John Baldessari’s figures, but instead of amusing or shocking us, they gently endear viewers with their curiosity and earnestness.

The artist, who was named one of San Francisco’s Top 20 Artists by Asterisk San Francisco Magazine, will be present at the gallery from 3 to 6 p.m. 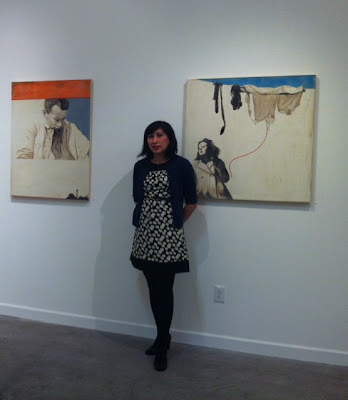 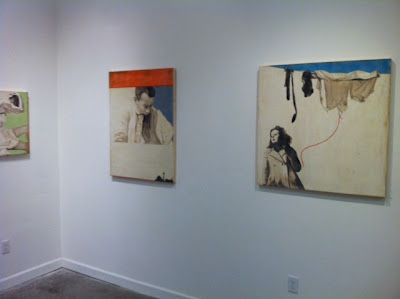 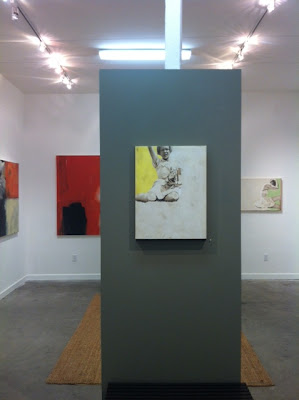 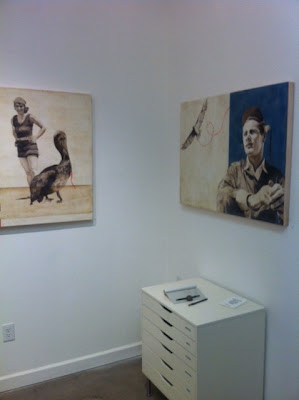 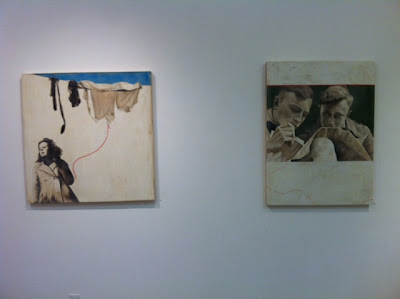 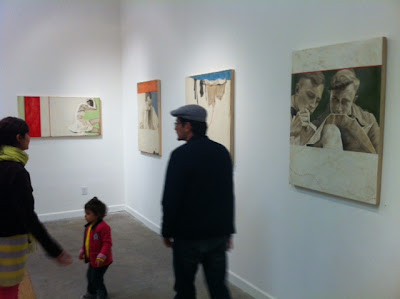 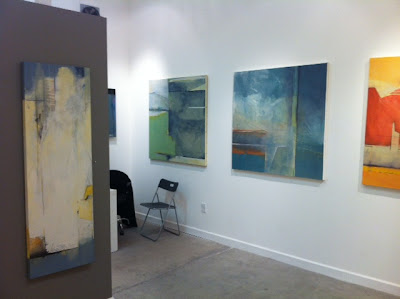 Posted by Jhina Alvarado at 1:53 PM 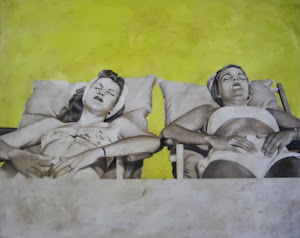